Many enterprises in Tanzania operate wholly or partially outside of the government system or regulations.This could hinder flourishes of many enterprises because of the limitations to some benefits.In order for SMEs to access capital for starting or growth of the their businesses they need to formalize their businesses to empower owners of the formalized businesses to use them in accessing capital and other socio-economic opportunities available in the expanded Market.

Some of other  Legal Frame Works which work with SIDO and Small and Medium Enterprises to enable them to get service with cheap cost are such as:

Is a  regulatory body responsible for controlling the quality,safety and effectiveness of food,drugs, herbal drugs,cosmetics and herbal devices.It is established under Tanzania Food,Drugs and Cosmetics act No.1 of 2003, after repealling the pharmaceutical and poisons Act no.9 OF 1978(which established the Pharmacy Board) and Food(Control of Quality) Act No. 10 of 1978 (which establish the National Food Control Commission). TFDA a semi- autonomous body under the Ministry of Health and Social Welfare , became operational on 1st July 2003.

The mission of TFDA is to protect the health of consumers against hazards associated with food,drugs,herbal drugs,cosmetics and medical devices.

The Bureau was established as part of the efforts by the government to strengthen the supporting Institutional Infrastructure for the Industry and commerce sectors of the economy.Specifically, TBS was mandated to undertake measures for quality control of products of all descriptions and to promote standardization in Industry and Commerce.

The Tanzania Chamber of Commerce Industry and Trade(TCCIA) was established in1988.It was initiated with the support of the Tanzanian Government to strengthen the private sector.

The establishment of the TCCIA was an important step in moving on from a centralized,planned economy towards a more open,mixed economy giving full scope to privately owned enterprises and farms.

TCCIA has opened regional offices in all 21 regions of mainland Tanzania and over 90 district centres,which are autonomous in their operational activities. Assistance by Swedish governmental development agency -SIDA has played a vital role in establishment of the regional and district chambers especially  in providing training,office equipment and mobilization/sensitization of the business community.

Tanzania Industrial Research and Development Organization (TIRDO)is a multi-disciplinary research and development Organization established by an Act of Parliament No.5 of 1979 and it became operational on 1st April 1979. Its mandate is to assist the industrial sector in Tanzania by providing technical expertise and support service to upgrade their technology base.As well as carrying out applied research,for the development of sustainable technologies and value addition to indigeneous resources through industrial processing.

Tanzania Private Sector Foundation(TPSF was formally incorporated under the companies Act (Cap 212) on 4th November 1998.It was established as a company limited by guarantee in order to promote private sector -led social and economic development inTanzania and specifically it is aiming to carry out the following fuctions:

-To provide member organization with service they value

-Understanding and representing the common interest  and

-Engage the Government in effective advocacy and lobbying

Tanzania Revenue Authority (TRA) was established by the Act of Parliament No.11 of 1995,and started its operations on 1st July 1996.In carrying out its statutory functions ,TRA is regulated by law,and is responsible for administering impartially various taxes of the Central Government.

The Vocational Educational and Training Authority (VETA) was established by an Act of Parliament No.1 of 1994 charged with broad tasks of coordinating,regulating,managing VET fund,promoting and providing vocational education and training in Tanzania.

The history of VETA dates back to 1940 when the Apprenticeship Ordinance was enacted to guidetraining in the industry.The Vocational Training Act of 1974,which established the National Vocational Training Division,was replaced by the Vocational Educational and Training Act of 1994.The nwe Act established VETA with more powers and wider terms of reference;as a body that can respond more flexibly to charging labour market skills needs and manage the skills development levy collected from enterprises.

i.To provide vocational education and training opportunities and facilities for such training

ii.To establish a quality vocational education and training system,which includes both basic and specialized training and ensure that the system meets the needs of both formal and informal sectors within the framework of overall national  socio-economic development,that the system is implementation authority to regions:

iii.To promote on the job training in industry for both apprenticeship training and for skills up dating and upgrading.

iv. To promote the balancing of supply and demand for skilled labor in both wage employment and for skills needed for self employment in rural and urban areas.

vii.To support improvement of both quality and productivity of the national economy by promoting the provision of short tailor made training programmes to meet in service training needs.

In the day to day activities of the Authority these roles fall under the broad tasks of regulation,coordination,provision,promotion and financing.

Tanzania Investiment Centre (TIC) was established in 1997 by the Tanzania Investment Act to be the primary Agency of the Government to coordinate,encourage,promote and facilitate investment in Tanzania and to advise the Government on investment policy and related matters.The agency deals with all enterprises whose minimum capital investiment is not less than US $ 300,000 if foreign owned or US $ 100,000 if locally owned.Enterprises engage in mining and petroleum shall follow the approval process contained in thier respective laws.However the agency shall assist all investors to obtain permits,authorization etc.required by other laws to set up and operate investments in Tanzania.

The Weights and Measures Bureau has been in existence for over fifty years as a government' department 'striving to meet the needs of the state and the community. Its responsibilities ' has always been that of consumer protection through ensuring that 'measuring' systems' 'result in fair trade transactions. Throughout its history it has gone a continuous process of change to respond to a dynamic environment. Ever since the Bureau has remained the sole organization responsible for fair trade transactions through certification of weights and measures.
Certification is done by way of inspection calibration and verification, The Agency also advises manufacturers and' other clients on the proper use, care and custody of weights and measures. It operates under the Weights and Measures Laws.
WMA mission;
Is to enhance consumer protection in relation to Legal Metrology through calibration, verification and re-verification of measuring instruments used or intended to be used in trade, safety, health and environment and to promote, support and coordinate the use of accurate and reliable measurements.
The WMA is mandated to provide protection to consumers in relation to legal metrological control which includes legal control of measuring instruments, metrological supervision and metrological expertise in trade, health, safety and environment

WMA roles;
The Roles of WMA as stipulated under the Weights and Measures Act (Cap.340) and the Executive Agencies Act (Cap.245) are to:
i) Protect consumers in trade, safety, health and environment in relation to legal metrology;
ii) Protect society from the consequences of false measurements in public and private transactions;
iii) Approve (or ensure approval by another designated institutions) measuring instruments to be used for a public or private    transaction in trade, safety, health and environment sectors
iv) Control the use of measuring instruments in public and private transactions
v) Control pre-packaging of products;
vi) Liaise with regional and international organizations with similar objectives;
viii) Give effect to the decisions and recommendations of the OIML Council and Committee with regard to legal metrology;
ix) Provide information on Legal Metrology in general and ix. Ensure that legal metrology measurement standards are traceable to national and International measurement standards.

To promote and protect effective competition in markets and protect consumer from unfair and misleading market conduct.
According to the Fair Competition Act, the FCC will carries out the following functions in line with efforts to fulfill its objectives:
i) Administer the Fair Competition Act and develop and promote policies for enhancing competition and consumer welfare;
i) Control, manage and efficiently perform the functions of the Commission under the Act;
ii) Promote and enforce compliance with the Act;
iii) Promote public knowledge, awareness and understanding of the obligations, rights and remedies under the Act and the duties, functions and activities of the Commission;
iv) Make available to consumers information and guidelines relating to the obligations of persons under the Act and the rights and remedies available to consumers under the Act;
v) Carry out inquiries studies and research into matters relating to competition and the Protection of the interests of consumers;
vi) Study government policies, procedures and programs, legislations and proposals for legislation so as to assess their effects on competition and consumer welfare and publicize the results of such studies and may more functions.

The FCC also provides a secretariat for the National Consumer Advocacy Council (NCAC), which was established under section 92 of the Fair Competition Act (No. 8 of 2003).

Tanzania Forest Services Agency (TFS)
Tanzania Forest Service (TFS) is a semi-autonomous government Executive Agency whose establishment is supported by the Executive Agency Act (Cap. 245 Revised Edition 2009), the National Forest and Beekeeping Policies adopted in March 1998 and administered through The Forest Act (No. 14 of 2002) and Beekeeping Act (No. 15 of 2002) which provides legal framework for the management of forests and bee resources.
Mission;
The Mission of TFS is “To sustainably manage the National forest and bee resources in order to contribute to the social, economic, ecological and cultural needs of present and future generations”.
In order TFS to fulfill its vision and mission, five objectives have been developed as listed below:
i. HIV/AIDS infections reduced and supportive services to people living with HIV/AIDS improved.
ii. Sustainable supply of quality forest and bee products enhanced.
iii. Stable ecosystem and biological diversity maintained.
iv. Institutional capacity to deliver services strengthened.
v. Good governance and gender balance enhanced.
TFS is developing and managing forest and bee resources sustainably in collaboration with stakeholders in order to deliver sufficient and quality goods and services to meet local and international socio-economic and environmental needs.
Contacts:
Ministry of Natural Resources and Tourism
Tanzania Forest Services (TFS) Agency
Location: NSSF Mafao-House, 3&4 Floors
Uhuru Road, ILALA BOMA
Box 40832
Dar es Salaam, Tanzania
Phone: (255) (022) 2864249
Fax: (255) (022) 2864255
Email: mpingo@tfs.go.tz 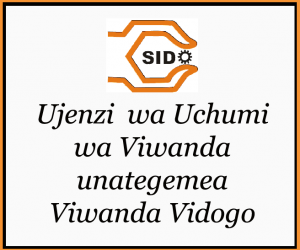 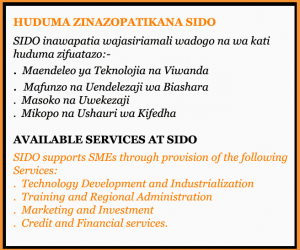